The Day the Aliens Landed

Last week, school pupils in Enfield were shocked to discover a crashed alien spacecraft in the centre of their playground.

keep the children safe. "We don't know exactly what this material is," she told him. Later on, in assembly, she asked for eye witness accounts of the crash itself. Several of the younger children reported seeing a bright light at about the time they had gone to bed the night before. 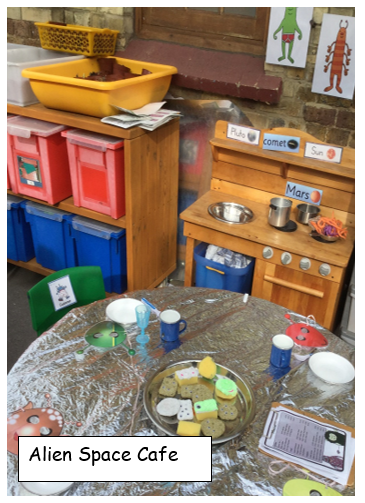 Year Three children discovered slimy handprints on the new trim trail which suggests that aliens like to climb. Year Six discovered partially translated documents and it is suspected that the aliens were trying to learn English.

Mrs Rolland (Deputy Headteacher) told our reporters 'We think they saw the compass point markings on the playground and thought it would be a handy place to land.

Since the crash, there has been alien activity in many areas of the school. Aliens seem to have set up their own cafe in Reception and they have built a whole workstation in Year 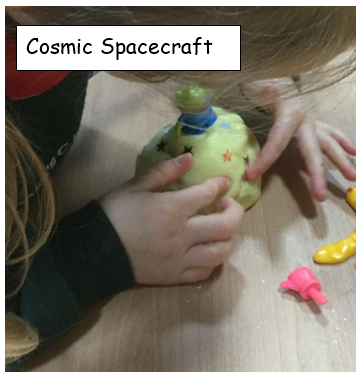 One's corridor. One Reception child thinks she saw the aliens and, helpfully, made a model to show us what they looked like. 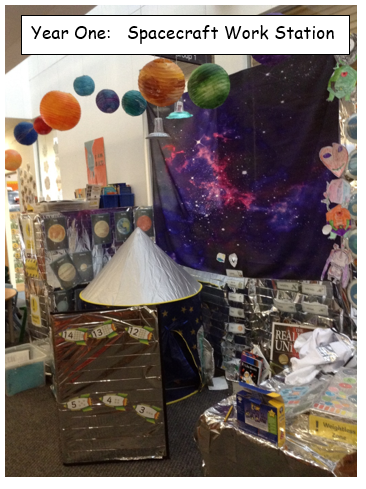 So far, it is a mystery as to where exactly the aliens are hiding out and investigations continue.
Cookie Policy
This site uses cookies to store information on your computer. Click here for more information